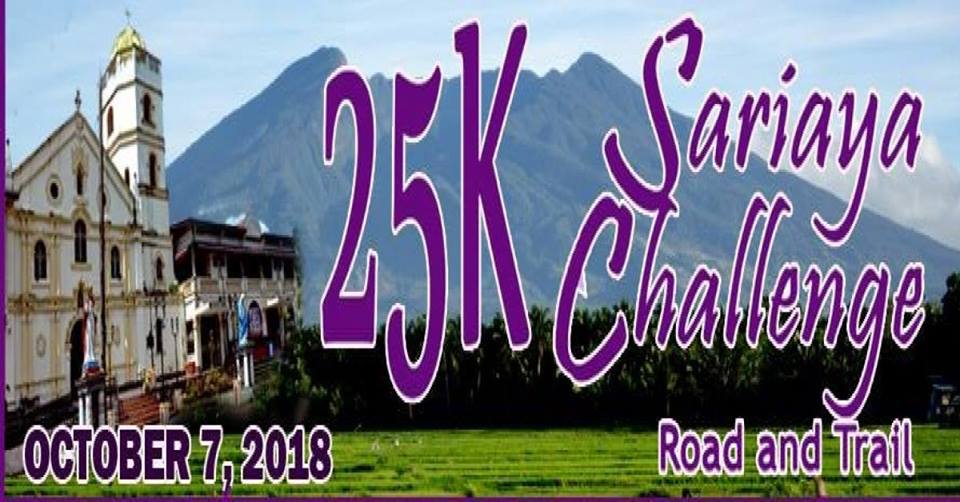 Sariaya Runners in Sariaya, Quezon will have its very 1st major event 25K Sariaya Challenge on October 7, 2018. It is a run for a cause dedicated to the less privilege young students in coastal areas in Sariaya. Participants/runners from nearby towns, provinces and specially from Manila are expected to join this inaugural event.

25K Sariaya Challenge is a road and trail race – 80% road 20% trail with 756 meters of maximum elevation and 711 meters of elevation gain. The race course will traverse mostly the inner upland villages situated at the foothills of Mt. Banahaw that cuts through vast farmland of coconut, fruit bearing trees, banana and vegetable farms. The highest point of the race course is a perfect spot to have a panoramic view of nearby towns and city of Quezon Province as well as the dramatic coastline of the Tayabas Bay.

Come and visit Sariaya and experience the culture and make yourself awe with its natural landscape surrounding the town – from the dramatic coastline of Tayabas Bay to the seemingly endless dirt farming roads giving a splendid view over the nearby towns of Candelaria, Pagbilao and the City of Lucena.

Run, race and enjoy the huff-puffing route and indulge yourself with Sariaya’s local delicacies – Pinagong Sariaya, Pancit Chami, Halo-Halo of Lunti or just sit in a cozy tea house and feel the world away from the metro.